I’ve been to South Africa only twice and both visits were far too short. But even after my first day in this beautiful country I knew that it had me hooked for life. People always ask me why I love certain countries and up until now I’ve given fairly generic answers. Well, I decided that wasn’t good enough for South Africa and so I sat down to properly hash out what it is about this country that has me so enthralled. Rather than broad themes though, I wanted instead to highlight key moments that all had a role to play in my love affair.

1. Waking up at Camps Bay – I was fortunate to stay in a beautiful short term rental in the posh area of Cape Town known as Camps Bay. With amazing views looking over the ocean, I awoke each morning to a brilliant and beautiful landscape at my doorstep. I love nature and especially anything near the water, so this was a perfect house for me. It also provided a calm almost pastoral retreat after a long day of sightseeing in and around the Mother City. This view though, this view is still something I think about even if the moment of joy it created may never be replicated.

2. Biking around Soweto – Soweto is well known around the world as a symbol of the brutal apartheid era. Still the largest township in South Africa, the scars of those decades of repression are visible even today, but so is hope. I was led around the township on bike by a young resident, too young to remember anything before 1994. He showed me a city that I didn’t expect. As dynamic as anything other with all strata of society and one that I felt comfortable exploring. It’s an experience everyone should try, not just to learn more about the country’s history but to see the promise of its future. 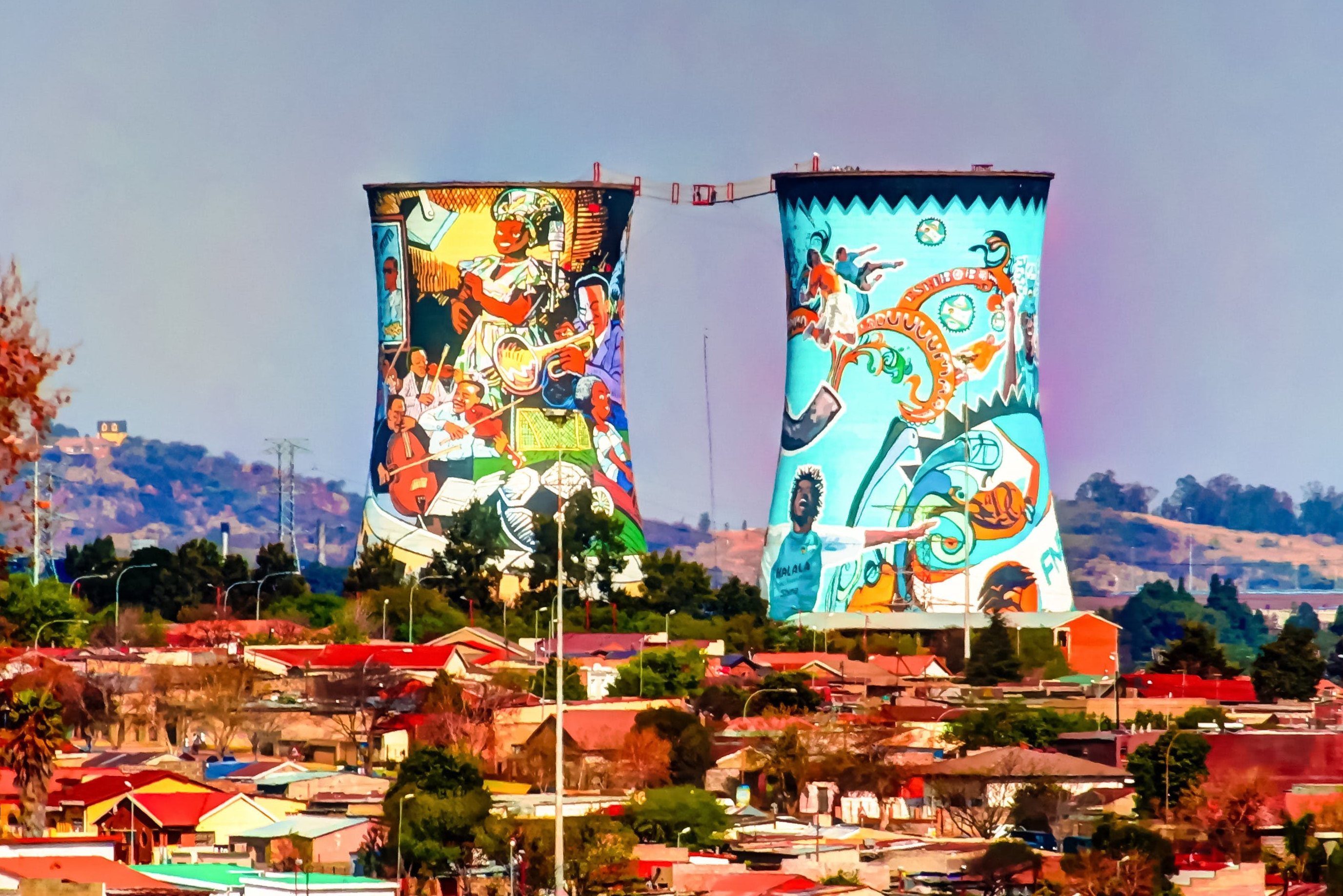 3. Climbing up to Cape Point – I can’t explain why, but visiting Cape Point, the extreme southern tip of Africa, moved me in a way that is simply inexplicable. Standing there watching the waves crash on shore around the Cape of Good Hope, a watery graveyard for thousands who tried to make the trip was at the same time moving and inspiring. The ocean has always inspired me though, there’s something about its beauty and magnitude that I find amazing. It was hard to leave, even amongst the crush of tourists, but it remains a special moment for me.

4. Sundowner in Kruger – Many people make the long trek to South Africa not for its wine or urban escapes, but for safari and the promise of untamed beauty. On most evening game drives in the famous Kruger National Park, guides stop the Jeeps and everyone hops out for a cocktail as the sun sets below the grassy horizon. Sundowners aren’t only for safari drinks, but they are absolutely best enjoyed in the bush listening to the sounds of nameless birds flying past and wildlife at a sometimes uncomfortably close proximity.

5. Boutique hotels in JoBurg – I’m a luxury guy when it comes down to it so I feel compelled to mention how impressed I was with the five-star, luxury boutique hotels in Johannesburg. I’m not normally a big fan of small hotels, I can never be sure of their quality, I was nevertheless surprised by the service and comfort at all the hotels I experienced in Johannesburg.  While each was very different from one another, they found ways to carve their own niche and introduce style, design and of course service to my stays with them. They were an unexpected highlight on trips that featured so many others. 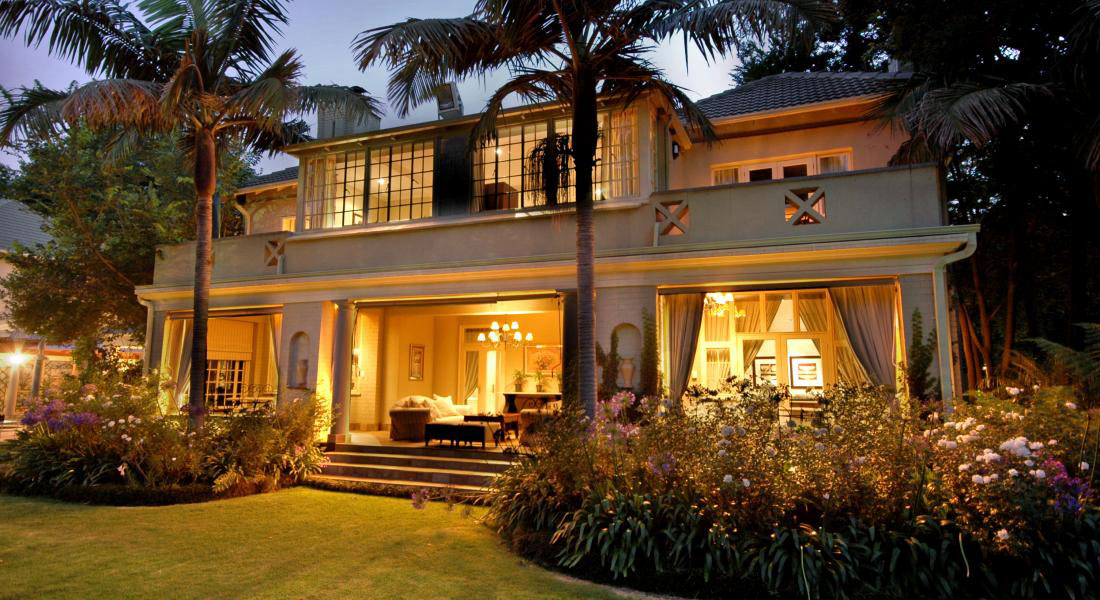 6. Driving Chapman’s Peak Drive – Cape Town is one of the most beautiful cities in the world and the areas surrounding it along the Cape Peninsula are just as stunning. For a good overview of the opulence of this natural beauty, there is no better excursion than driving along Chapman’s Peak Drive. The 9 kilometer drive features 114 curves as it runs between Noordhoek and Hout Bay and offers views almost unparalleled in the world. There are also plenty of places to stop and admire the views or to enjoy a picnic in the middle of the natural beauty.

7. Watching lions in the wild – Part of South Africa’s promise to visitors is that of wildlife experiences that are unique in the world for their variety and shear numbers. The ultimate for many safari goers is the opportunity to see lions in the wild. My first safari experience left me wanting for the king of the jungle, but on my second attempt I got my wish and finally saw them. It was a small group of juveniles, lounging in the high grasses of the bush waiting for their parents to return with something to eat. We got so close to them I felt I could reach out and touch them and their beauty and majesty in the wild far exceeded anything zoos or reserves can match. It was a priceless moment of wonder that just can’t be quantified.

8. Hot air balloon ride over the Magalies River Valley – Hot air balloon rides are magical, they just are. Maybe it’s the fact that one is usually intensely sleep deprived, but I imagine it’s more to do with the rising sun and the quiet floating of the balloon that creates this magic. I felt especially privileged to see South Africa from the air as I floated effortlessly above the ancient Magalies River Valley at sunrise. Farmlands extended in every direction to the large lake in the distance. It’s a special experience anywhere, but there just seemed to be something extra special about ballooning in this beautiful country. 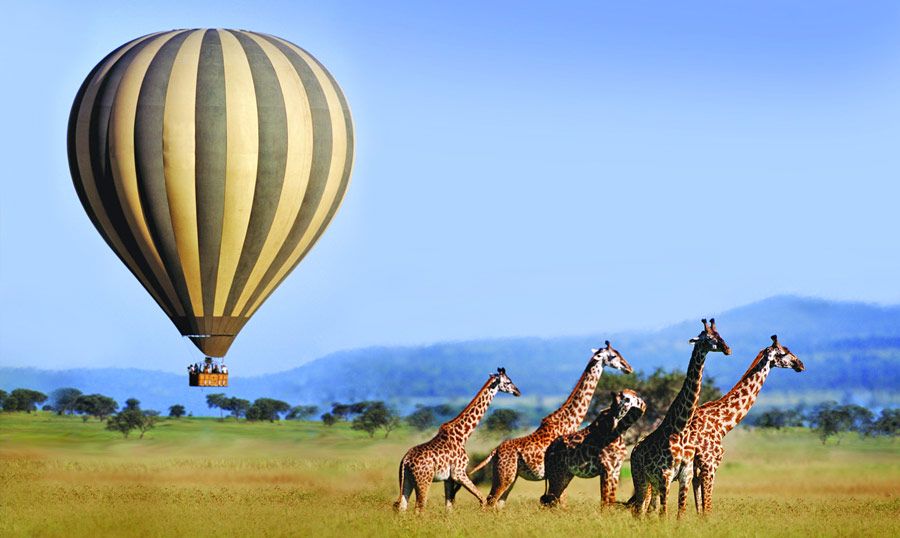 9. Learning how to cook in Bo Kaap – Food is an indelible part of traveling, and learning how to make new dishes at home is a great way to relive favorite travel memories. Cape Town is well known for its unique Cape Malay cuisine, a mélange of cultures and styles that has evolved into the delicious food it is today. I joined a tour that took me into the home of a Bo Kaap resident who taught us recipes passed along through her family, including her neighborhood-famous samosas. I still use those recipes at home and every time I make roti and curry I can’t help but think of that special day and smile.

10. Making new friends – One of my favorite aspects of the travel experience is meeting new people, and there are few places where this is as easy and enjoyable as in South Africa. Their complicated history and misconceptions around the world have instilled in South Africans a fierce desire to share the wonders of their massive country with the world. They are deservedly proud of their nation and that is quickly passed along to even the most casual of visitors making every tourist there an ambassador for the rest of their lives. When you go be sure to take the time to meet with some locals and learn about them and their own personal reasons for loving South Africa as much as they do.

11. Eating bunny chow overlooking Durban – A popular seaside retreat, Durban is also well known for its culinary side, especially influenced by the large Indian population who call the city home. Indian cuisine has had a defining aspect on Durban’s food perhaps best seen in the iconic dish known simply as bunny chow. Originally a working man’s food, bunny chow is simplicity defined. A hollowed out loaf of bread is filled with your choice of delicious curry and served in a nondescript brown bag. One of the best take away foods in the world, this spicy meal is filling, delicious and cheap ticking all the boxes of great street food. I enjoyed my first bunny chow experience in a small park overlooking Durban, the contrast of the modern city with the humble meal the perfect metaphor for this sometimes underrated city.